What is A & R in the Music Industry? 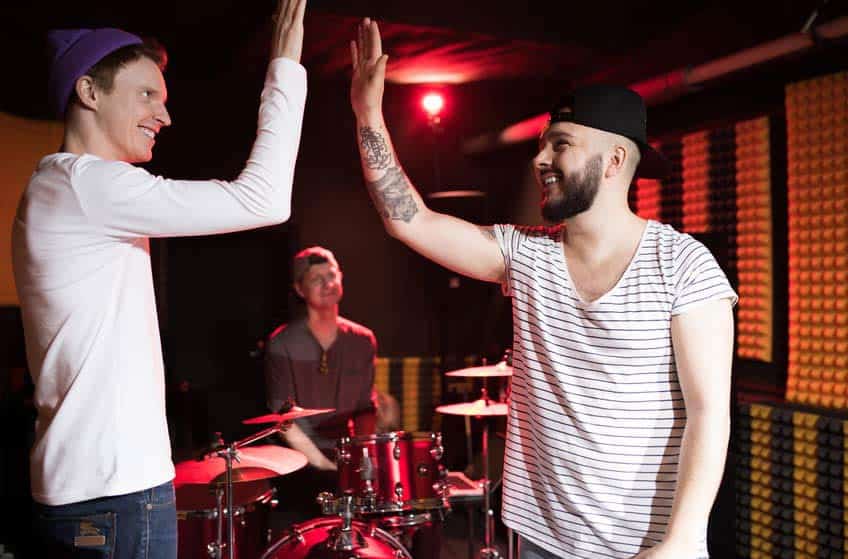 Tom Stein is a Senior Professor at Berklee College of Music in Boston. He is a visionary musical entrepreneur, music producer, artist development consultant, arranger, bandleader and performer. Tom is the author of The Business of Music Management: How To Survive and Thrive in Today’s Music Industry, the founder of TheTopMusicSchools.com and a member of the US State Department's Fulbright Specialist Roster for global entertainment and music industry.
FULL BIO

A&R stands for “Artist & Repertoire” and was originally a role within record labels tasked with identifying, attracting and developing the talent for the record companies.

A&R roles have evolved as the music industry has changed drastically since the adoption of the internet, file sharing, and streaming services. While A&R jobs do still exist, the modern A&R Representative does not necessarily work exclusively for the record company. They might also manage bands, promote clubs, or run small record labels.

With the ability of musicians to connect directly with fans via the web, A&R’s role has diminished from its heyday. However, A&R in today’s music industry comprises a broader scope of activities than it used to.

While the old-school model of A&R Reps matching artists with songs and labels has largely disappeared, there are still relevant roles in the modern music industry for A&R Reps. This will likely continue in the future.

Since the major labels aren’t signing as many artists as they used to, many A&R Reps tend to work independently, partnering with artists, bands, and smaller labels to identify and sign talent, develop and refine their music, and market directly to their fans.

The line has become blurred between A&R, live and studio production, management, artist development, publishing, and music marketing. The A&R of today must wear many hats. At the same time, the traditional A&R model still exists.

The major labels have retained their A&R departments, though in a diminished role, and rely on the services of talented A&R Reps. There are just fewer of them since fewer acts are being signed.

Most A&R Reps step into the role as musicians. While not absolutely required, it is desirable to have at least some background and direct experience in music in order to understand the artistic process and the business of music.

You are probably working in some facet of A&R if you find yourself actively developing talent, helping them connect to their fan base, getting them signed to a label, getting their music published, finding them music placements, or engaged in similar types of activities.

Many people working in A&R have backgrounds as either artists or Songwriters and have specialized knowledge and experience with artist development and the creative musical process.

A&Rs function at different levels in a label, depending on the size of the company. Entry level reps may be responsible for initial scouting of talent and then making recommendations to management.

Higher level managers in A&R may be tasked with making the initial contact with the artist or band, and may also be authorized to sign them to the label. Often, signings must be approved by higher-ups in the company.

Whether you are an unsigned band looking for a label, or a musician wanting to work in A&R, it will be useful to gain an understanding of the specific roles played by A&R Reps and get to know who they are.

Aside from the music, elements of style must be communicated effectively so that they resonate with the intended audience. There needs to be a backstory to the artist and a branding strategy to attract and maintain the engagement of fans.

The Roles of A&R: Finding Talent and More

The traditional A&R is the gatekeeper of the industry for the unsigned musicians. They are the point of contact with the label during contract negotiations. Their job is to find marketable music for the company.

Scouting new talent involves going to clubs and concerts, networking with studios and Producers, and getting to know various music “scenes,” whether local, college-oriented, theme or style based, or online. Scouting usually also includes reading industry publications and listening to demo submissions.

They also get to work directly with the artist. Since scouting talent is usually fun and you get to meet interesting people, it makes the job of an A&R seem glamorous and desirable.

Besides record companies, Publishers also employ A&R Reps to find and sign talent to publishing deals. There can be more money in publishing and licensing than in live performance or streaming sales, so labels will often try to stake a claim to an artist’s publishing rights.

Publishing A&Rs work to sign Songwriters and then get their songs placed for licensing or recording. An artist should always hire a qualified Entertainment Attorney to represent them in any recording contract negotiation, and the A&R will be the liaison between the business affairs department of the record company or Publisher and the artist’s Attorney.

Any decision or action which needs to happen in order for the record to be released might be included in the job of the A&R. For example, handling of payments to the artist or recording studio, booking the recording sessions, approving personnel and artistic decisions, even arranging catering could be part of the job.

In making these decisions and assisting the recording process, the A&R acts as an intermediary between the band and label and represents the interests of the label.

Many of these A&R roles could be classified as “artist development.” Artist development is a much broader term than A&R and includes business development, artistic development, training, and matching the output and marketing materials for an artist to their target demographic.

Assisting with Marketing and Promotion

While the internet has transformed music marketing and promotion away from record companies and many artists embrace a “do-it-yourself” (DIY) approach, the modern A&R may be involved in crafting the image identity of the artist to appeal to the target audience.

Aside from the music, elements of style must be communicated effectively so that they resonate with the intended audience. There needs to be a backstory to the artist and a branding strategy to attract and maintain the engagement of fans.

Artists need support from the label to create and manage their promotional strategies and often this also becomes part of the job of the A&R.

There is no denying that the role of A&R has changed drastically with the transformation of the music industry in the digital era. With discovery of new music by fans and direct-to-fan marketing through the internet made possible and easier, the traditional power of A&Rs has diminished.

Regardless, independent and major labels still use A&R staff to sift through the jumble of content on the internet and discover new talent to sign.

Music Supervisors and Publishers also have taken on roles of A&R, as most music licensed to films and television comes from unsigned artists and bands.

Many musicians view publishing and licensing agreements as a springboard for developing their careers as Recording Artists and live performers. For example, before Coldplay was signed to Capitol Records they were part of BMG Music Publishing who helped them record and shop their music to the labels.

Having a team that believes as much in your music as you do is important, and someone on your team will be focused primarily on achieving next steps for your climb to success and fame. You could find that person anywhere, but they are likely already working in the music industry, perhaps as an A&R Rep somewhere.

The Future of A&R

Since unsigned artists and bands are now expected to develop their fan base at the outset, typically by using social media creatively and playing live shows, we might consider broadening the definition of A&R for the future music industry.

For example, websites and blogs could be a crucial factor in establishing a music career. Online blogs and sites that receive high volumes of traffic can popularize a new artist virtually overnight. Building up high numbers of views on YouTube or followers on Instagram can lend credibility and prove an artist’s appeal.

The band Arctic Monkeys first achieved public acclaim on MySpace and Lorde was discovered via her SoundCloud page.

Performing at events and happenings are another way to establish fame in the music industry. SXSW started out as a tech conference but has become a coveted venue where bands can make a splash. There are countless niche festivals and showcases where an unsigned band can get seen and heard by industry influencers.

The National Association for College Activities (NACA) holds selective showcases where bands can get booked for college tours. Getting in front of college audiences has always been seen as one key to wider success.

Songwriting contests such as the John Lennon Songwriting Contest (JLSC) are also good ways to connect with record and publishing companies. There are websites for music placement and licensing to visual media, such as Marmoset Music or Komposed, which offer excellent platforms for musicians to get label attention.

Finally, let’s not forget about crowdfunding. If you can get 10,000 would-be fans to plunk down $5 to fund your next EP, that is pretty strong proof of your music’s viability with a (paying) audience. While these forms of A&R might integrate with other areas in the business, such as publicity, booking, and even finance, we can consider them as being under the A&R umbrella.

What Musicians Need to Know About A&R

It’s clear that with volatile changes in the music industry, the roles of A&R have been transformed. As things continue to change, the role of A&R will also develop. At the same time, vestiges of the old methods remain, such as the A&R gatekeepers at the major labels.

Musicians would be advised to think in terms of artist development, and where they need help the most. There are individuals out there looking for artists and bands to promote, sell, produce, and otherwise shape into a successful act.

Having a team that believes as much in your music as you do is important, and someone on your team will be focused primarily on achieving next steps for your climb to success and fame. You could find that person anywhere, but they are likely already working in the music industry, perhaps as an A&R Rep somewhere.

The tenure of an A&R at a record company tends to be short, especially if the acts they sign don’t blow up into major successes. Most A&R Reps don’t last too long, and when they do jump ship (or are fired), with their specialized knowledge they might make an excellent Manager.

As you learn all you can about the business of music, take the time to learn about how A&R works today, who does it, where to connect with A&R Reps, and build out your network with industry players.