How to Make Beats: An Easy, Step-by-Step Tutorial

Condenser vs Dynamic Microphones: When to Use Each

Free Beat Making Software for DJs and Producers on a Budget

Best Studio Monitors (2022) for Home Recording on Any Budget

The Best Computers for Music Production Available in 2022

The 8 Best MIDI Controllers for Home Music Production in 2022

Mixing on headphones? Isn’t that one of the seven deadly sins?

Well, it depends on who you ask.

As I’ll talk about in a bit, you can mix music on headphones if you know what you’re doing and if you have the right pair. So I’m going to introduce you to some of the best headphones for mixing in 2022.

Our picks for the best mixing headphones (2022):

Should You Mix on Headphones?

You may have heard people say you shouldn’t mix on headphones. Some say it’s even impossible. But the reality is, lots of us do it and get great results.

As a part-time entrepreneurial musician, I often work late at night when my family is sleeping. So I sort of have to mix with headphones or else they would attack me like half-asleep zombies.

In fact, it’s important that your mixes sound good on studio headphones as well as any other sound source you can get your ears on. Plus, good headphones can expose little things you may not notice through studio monitors.

So if you know what you’re doing, you can mix professional-sounding music through a good pair of “cans.” The trick is to occasionally check the mix on your monitors (and your earbuds, phone, and car speakers). I’d say you could do 90-95% of your mixing on headphones, as long as they’re the right kind and you’re familiar with your pair.

We won’t get into how to mix music on headphones in this article, but for a beginner’s introduction to mixing, check out this in-depth guide we put together.

Can you mix with just headphones?

Ideally, no, you should not mix music with only headphones. You can definitely mix on headphones, but you also need a decent set of studio monitors. Mixing on headphones is less realistic than mixing on monitors, and your ears can get fatigued faster. However, sometimes you can hear things on your headphones that you may not pick up as strongly on your monitors. Basically, there are pros and cons to both, so you need to incorporate both to get the best mix possible.

How to Choose the Right Mixing Headphones

Below I’m going to recommend the best mixing headphones currently on the market. But first, I want to talk about what makes a pair of headphones good for mixing.

For starters, each pair of headphones sounds a little different, and, generally speaking, the price tag matches the quality.

You should also know that most headphones color the mix. Many will give a small dB boost in the lower-ish frequency range to make up for the fact that you can’t feel the bass while using headphones. And then you’ll typically notice a roll-off on the higher end because the sound source is right up against your ears1.

The point is, some headphones color the mix differently than others. And some are more appropriate for mixing than others.

For example, open-back headphones are preferred for mixing. Why? Because the sound isn’t completely isolated, which means there’s a bit of cross-feed between your ears.

Cross-feed is when your one ear picks up some of the sound coming out of the opposite ear cup. This is better for the health of your ears and for the accuracy of the sound2.

And in our technologically advanced world, it’s no surprise there are crossfeed plugins. It’s software that emulates monitors by purposefully blending a bit of the right ear into the left ear and vice versa.

Which headphones are best for mixing?


Is mixing with headphones better than speakers?

Alright, now for the best mixing headphones of 20221.

I compiled this list based on my own experience (I own and use the Sennheiser HD 280 PROs) as well as research using reputable resources like Tape Op Magazine, Sound On Sound, and forums for professional Mixing Engineers. 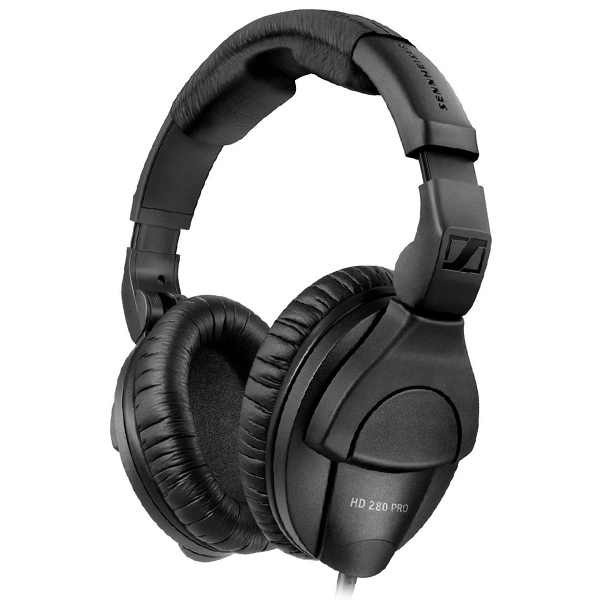 Like I said, I use these headphones and I get what I think are great mixes. These are closed-back, but I balance my mixing time between these and my studio monitors — I’d say about 80% headphones, 20% monitors. And then I check the mix on my earbuds, car speakers, and Bluetooth speaker.

These are used by a ton of Producers and Engineers because the sound is high-quality, the build is durable, and the price is affordable. When you first get them, the sound may be a bit harsh, but after several hours of using them, they’ll be worked in and more balanced.

Again, they’re really meant to be studio headphones, but if you make sure to regularly check your mix through monitors, you can do just fine. 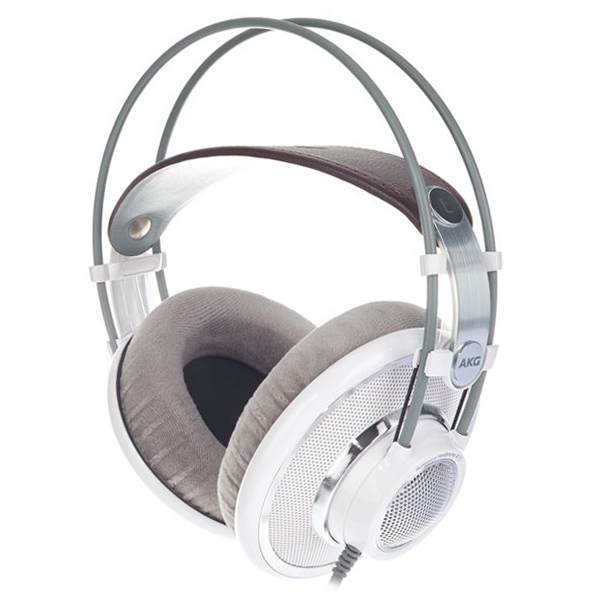 The AKG K701s are open-back headphones, so they’re built for mixing. (Note: the sound will bleed, so they’re not good for tracking and monitoring).

The aspect of these ‘phones that Engineers love is their flatness. This means they deliver a super-accurate sound with minimal coloring. Plus, AKG individually tests each pair of headphones, even numbering them during manufacturing.

Like many headphones, it will take some time to break these in, but once you do, you’re in for a treat. The frequency response is flat (that’s a good thing) and the sound is warm yet detailed.

They’re a bit pricey, but remember — you get what you pay for. These are another pair of closed-back headphones, but their isolation isn’t superb, which makes them a good choice for mixing.

Although their frequency response is not as flat as some other headphones, it’s still relatively flat. They do accentuate some frequencies more than others, like the low-mids. The mid frequencies are nice and balanced while the higher frequencies are rolled off a bit.

Overall, a good way to describe these headphones is “warm and balanced.” Although these are closed-back headphones, they work super well for mixing.

Mixing Engineers talk about how clear they are, especially in the higher ranges. The mids are nice and smooth and the low-mids get a nice little boost, which makes it easier to unmuddy your mix. On top of that, the bassy sounds are present but not overpowering.

And to top it all off, they’re comfy. They’re big enough to fit big heads, and those with a smaller head may experience some leakage, which is ideal for mixing. And the ear cups are soft, allowing you to mix without getting uncomfortable. The open-back HD650s are known for their accuracy, which is exactly what you want when mixing. No frequencies are boosted and there’s no coloring, allowing them to deliver a clean, smooth, and comfortably bassy sound. Shure’s SRH1440, a pair of open-back headphones, are smooth yet with accentuated highs. But the area on the frequency spectrum that most often has poor sibilance is tamed, so the mid-highs still sound smooth. And because the highs are a bit more prominent, it can be easier to mix in that area as it’s easier to pick up on the little things.

The bass, on the other hand, gets a bit distorted in the very low end of the spectrum, around 40 Hz. So if you’re mixing music that needs umph-y bass, these may not be a great choice.

But for all other types of music, especially those that need an airy feel, these are a solid option from a super reliable company.

My ear canal is shaped differently than yours. My actual ears are not the same as yours, which affects how sound reverberates within the ear canal and can make music sound slightly different. In fact, research suggests that ears may be as unique to each person as their fingerprints3.

So if you try out these headphones and you don’t hear the characteristics I’ve talked about, it may be because of this ear fact.

But one thing is certain this list includes some of the best mixing headphones of 2022.