Free Music Streaming: Are These Websites Bad For New Artists? 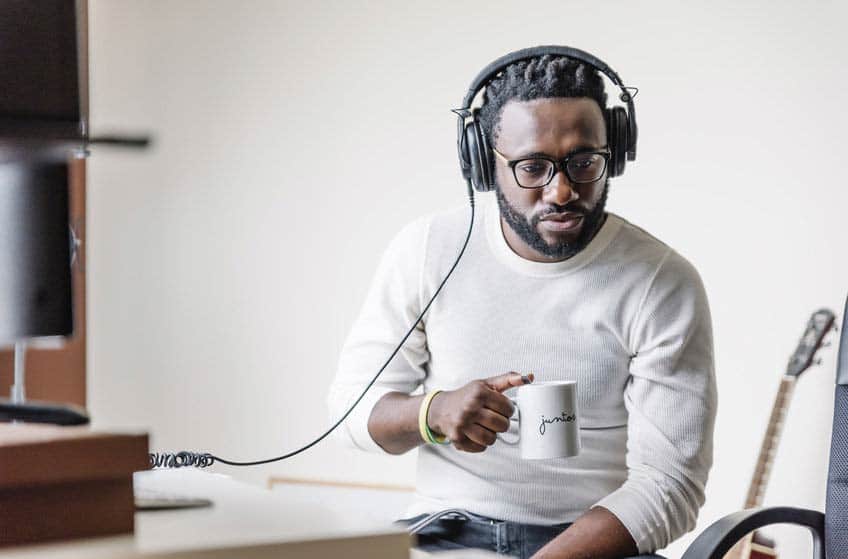 Streaming is fast becoming the go-to way for millions of people around the world to access the songs and albums they adore, which means the music industry — and especially artists trying to make a living — are constantly trying to decipher whether this shift is a good thing or a bad thing. (Actually, the exact figure is closer to hundreds of millions, and before you know it, soon it will become billions, which makes this question even more timely.)

So, do streaming sites like Spotify, Apple Music, Pandora, Napster, Tidal, and the many others who have attempted to make a name for themselves in the competitive space benefit musicians, or do they harm them?

Truthfully, the answer is both, and in fact, the argument can be made on either side with several hard-to-argue-with bullet points. As with any revolution in any industry, there are those who benefit and those who lose out, and while it is sure to be discussed and debated for decades to come, the answer always is, and always will be, that streaming both harms and lifts up musicians at all points in their careers.

Are you on the streaming industry’s side of this argument? Well, it’s good to consider the views your opponents hold, so here are five reasons why streaming might not be so wonderful for independent artists.

Low payout rates are the first point people make when claiming streaming is bad for artists. Streaming sites may bring in billions in revenue, but there simply isn’t enough to go around and keep the lights on at companies like Spotify and Pandora, so they aren’t able to pay musicians quite as much as they’d like to.

When I say the amount paid per stream of a song is low, I mean it is low. In fact, while record labels and music industry bigwigs are fighting to raise the financials of playing music, many of the biggest names in the streaming world are being forced to pay less and less per stream. At the same time, while more people are signing up and handing over their monthly subscription fees, those listeners are also pressing play on more music than ever before, and this pushes the price paid out per stream ever downward.

The amount paid for every song played varies from service to service, but it is always notoriously, dismally low. Spotify typically pays about $0.007 per song, while Apple Music offers a worldwide average of about $0.0056 per play worldwide. Pandora’s rate is much higher (at $0.17 cents per stream), but this is because the company is mandated by laws that don’t govern how the others operate, as it’s a radio service and not on-demand streaming.

Unfortunately for those who got excited at the Pandora number, the largest internet radio company in the world has been losing users month by month, and it seems to be shifting focus to a Spotify-like on-demand product. This will likely see it joining in on the low payout game, which may mean less money overall for artists, some of whom are already hurting because of the streaming revolution.

The number of songs being played every month does go up and overall, artists net more and more cash. But the per-stream royalty rate declines slightly the more music is listened to. So new acts must be unreasonably patient when it comes to making serious gains. The argument many make for these unavoidably tiny numbers is how all those decimal points and fractions of cents can add up quickly, but it doesn’t always work out this way for artists just beginning a musical career.

Big names like Drake may be able to pull in billions of plays (he just became the first artist on Spotify to hit the 10 billion stream milestone), but he is obviously a rare exception. If you’re not Drake or one of the few even close to his level, chances are streams will not pay the bills.

Competition has always been fierce in the music industry, and while streaming has made things slightly more democratic and arguably fairer, it’s never been harder to be heard.

Back in the day, new artists were introduced to the mainstream via radio stations and inside record stores. But now, there is little to no barrier to entry in uploading music to all of the biggest and most popular streaming services. Any artist with something to offer can put their music right alongside the most successful artists on the planet, though of course, they don’t necessarily get the same attention on playlists or in the media.

Every week, thousands of songs and albums are added to the ever-growing catalogs of Apple Music, Spotify, and so on, and standing out has never been more difficult. In some ways, this benefits artists, because with so much music available to anybody willing to listen, only the actually good or truly interesting stuff rises to the top and grabs attention. At the same time, this means the old promotional tricks no longer work as well as they used to.

If your music isn’t great—not even good, but seriously catchy and honestly great—chances are it won’t take off on streaming.

Competition has always been fierce in the music industry, and while streaming has made things slightly more democratic and arguably fairer, it’s never been harder to be heard.

Payments Can Be Complicated

One of the biggest issues facing the streaming music industry isn’t necessarily the low payout rates (though any artist will tell you they’re worried about those tiny numbers above almost all else), but rather how money gets to the right people. Companies like Spotify don’t just send a check to every artist with music on the platform every month. It is far more complicated and the process ends up losing cash left and right.

Many up-and-coming musicians don’t have their business affairs in order and millions of dollars aren’t delivered properly because of issues with meta tagging or incorrect credits. Songwriters miss out on royalties, Publishers don’t know what percentage of the profits go to which person, and even record labels are notorious for messing up when it comes to paying the artists they have signed.

An album for a brand new band may only have a few names associated with it, but when it comes to slightly more established artists or even those who traffic in genres which typically demand many different Songwriters, Producers, or even remixers, things can become incredibly complicated in no time.

Some companies involved in sorting out this mess have estimated up to 10% of all streaming royalties wind up being delivered incorrectly or are lost entirely. While the payout rates are tiny, the money does add up, and this means it’s possible you, your bandmates, and your musical friends are owed some cash.

This isn’t always the fault of the streaming giant because sometimes it’s the label or the publishing company that messes up, but it doesn’t speak highly of the industry in general that money can disappear and be misplaced so easily.

It can also take a long time for money to make its way to artists, so don’t start thinking just because your single enjoyed a spike one month, all of a sudden your rent for next month is covered. It shouldn’t take as long as it sometimes does for proper royalties to find their way to the correct person, but streaming sites and collection agencies are trying to cope with billions and billions of data points and financial streams every month.

Thus, it’s not difficult to imagine how often things don’t run as smoothly as we all wish they did.

Some companies involved in sorting out this mess have estimated up to 10% of all streaming royalties wind up being delivered incorrectly or are lost entirely.

While many artists still encourage their fans to buy their singles and albums, sales have been declining for over a decade; this trend won’t reverse (or, sadly, slow down) anytime soon. In fact, many forward-looking acts now send their fans to dedicated Spotify pages or direct them to play new songs on YouTube or SoundCloud, since linking only to a site like iTunes might annoy some who aren’t interested in buying the new tunes.

Many younger fans don’t even consider purchasing, as it’s never been something they’ve done.

The rise of streaming isn’t the cause of the decline in music sales—it’s mostly due to the fact anybody who knows how the internet works can get their hands on literally any album or song these days from thousands of heavily-trafficked piracy sites for no money whatsoever—but they aren’t helping.

With music listeners everywhere now paying $9.99 per month for streaming subscriptions (if they are paying at all, which isn’t necessarily a given), most people don’t see a reason to purchase anything. It’s difficult to blame the consumers, and like it or not, this is how the music industry operates these days.

It’s becoming more and more difficult to sell any piece of music, which obviously hurts many artists who once relied on this income source. Sales will continue to decline, so while superfans are still willing to open their wallets whenever a new album is made available, the largest streaming players will continue to convince millions to stop buying and keep streaming.

Oh, and there is only so much merchandise and so many vinyl records you can sell, and chances are those sales probably won’t entirely replace the cash artists once collected from CD and iTunes royalties.

Who Knows What’s Next?

As is always the case when it comes to the music industry, nothing is certain, and everything is guaranteed to change dramatically just as every artist and company have settled into business practices they assume will last for many years to come. While every industry endures change, the music world seems to shift drastically every few decades.

Therefore, while it’s important for labels, Managers, promo companies, and artists to learn everything they can about how streaming sites work and how to get the most out of these platforms, it’s worth keeping in mind that in ten, twenty, or potentially even thirty years from now, things might be completely different.

Who knows how the masses will consume their favorite tunes then? Few could have predicted creations like iTunes and then streaming music, which means surely something else is just on the horizon. Who knows what those payout rates will look like?