How To Promote Your Music Overseas 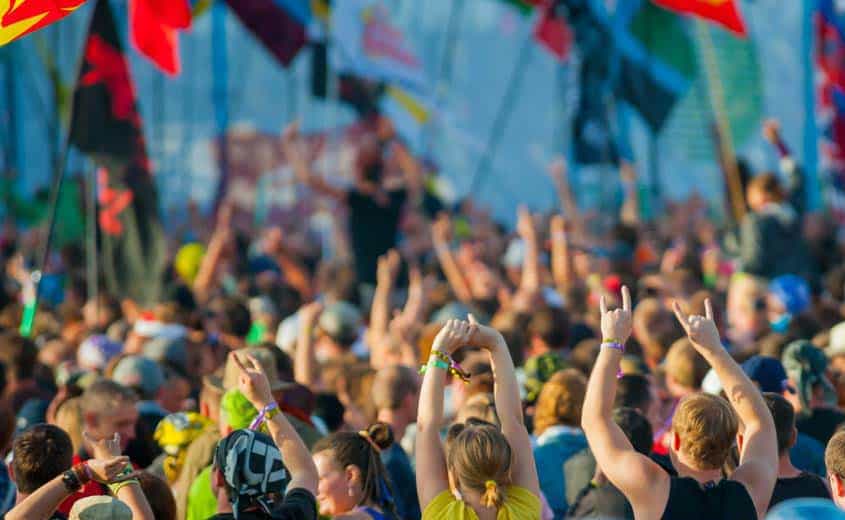 As your musical career begins to take over everything and become your entire life (it’s bound to happen), promoting your music is going to take up an enormous amount of your time.

In fact, you may wind up spending more time promoting the tunes you make than you do actually writing and recording them.

It’s easiest to start promoting your music in your hometown, where people know you and where you already have a network of friends and family. From there, artists typically begin expanding their reach to cities and states nearby, where they can tour more frequently and without as much difficulty.

All of this is great, and it’s a wonderful way to begin a career, but at some point, if you really want to make the big time, you’re going to have to take things global, and that task is an exceptionally challenging one.

So, how do you become one of those artists or bands with fans in every country? Here are some tips on how to promote your music in places you’ve never been.

Be Timely On Social Media

Social media is the best and the easiest way to promote everything and anything you’re doing. You should be intelligently using Twitter, Facebook, Instagram, and whatever other platforms you’re on to shill everything from new albums to video content, concerts, merchandise, and so on.

If you don’t want to get too involved in hashtags and other endeavors, I’d suggest you start by simply posting promotional items at different times of the day. It’s a no-brainer to tweet about a new video when you and your friends who live in the same place are most likely to be online, but what about those who love your music all the way across the world?

You should be using some sort of program to pre-plan posts on platforms like Twitter and Facebook (some sites like Instagram don’t allow for planning uploads), and you should go out of your way to schedule things to go up when people in other countries are most likely looking at their feeds. If you only post during the same hours every day, it’s likely plenty of people who could be interested will never get a chance to see what you’re saying.

You are more than welcome to literally copy and paste the same tweets and send them at different times of day, but you might want to put in a little bit more effort than that, which really is the minimum. Come up with different ways to say the same thing, and maybe send out similar messages on different days, not just different times.

You shouldn’t invest tons of time into something like your Twitter page, but keep in mind if your fans see you posting the same few tweets over and over again, you might lose some of them as followers, and this has actual consequences (beyond lower numbers on your profile).

Also, look into what hashtags are popular in other parts of the world. Are people using a certain hashtag in India to talk about rock music they just discovered? Maybe there is a new one in Japan describing just-released EDM that’s about to break. These hashtags can be great ways to get into the conversation, especially if they are in any way regionally-specific.

"Once you’ve managed a few small tours in other countries, it will become easier and easier to continue to sign up for more, as once you’re a “seasoned vet,” you’ll always be one. When booking people see you’ve been able to play all around the world (or even just outside of your hometown), they’ll likely be much more willing to put you on an upcoming bill."

Many independent artists want to stay away from anything that will make them spend more money out of pocket, but sometimes the return on investment can be so good, you just have to dig a bit deeper and empty the wallet a little bit more. Advertising on social media is one of the most cost-effective ways to market your music to people who have probably never heard of you.

Setting up simple, short campaigns on websites like Facebook and Twitter only takes a few minutes, and you can see results (small, but still noticeable) with less than $100. Perhaps the best part about these advertising programs is you can typically geo-target them to specific countries, states, or even cities, which means if you have realized you don’t have any fans in, say, Buenos Aires, you could start promoting your new tunes to just those who might be interested in your style of music in just that one place.

This tool can get pricey if you’re going to start taking over the world with just social media advertising as your primary method of promotion, but if you are just looking to bulk up your fan base in a certain city because of an upcoming show or because you feel a new song may perform especially well there (perhaps there is a nod to a city or monument in your new track), this is probably your best bet.

Going on the road can be tiring, grueling, and expensive, and it’s much more difficult to do when you don’t have any fans in whatever city you’re headed to. That being said, sometimes the old ways are still the best when it comes to getting your face and your music out there, and playing live is a great way to do so. Sure, you won’t be able to headline a concert in a city where nobody knows you, but there are still plenty of chances to perform to foreign crowds.

Work with Promoters, Bookers, and artist’s Managers to see if there is a way you can grab an opening slot for any band in another city.

They may not be glamorous or high-paying, but there are definitely opportunities for unknowns and travelers to book gigs in cities not their own. Once you’ve managed a few small tours in other countries, it will become easier and easier to continue to sign up for more, as once you’re a “seasoned vet,” you’ll always be one. When booking people see you’ve been able to play all around the world (or even just outside of your hometown), they’ll likely be much more willing to put you on an upcoming bill.

"While everybody always looks at the top of the bill, many festivals book dozens of names to play, and if you work with the right people, you could wind up being one of those."

If you’re having a difficult time getting chosen to play at even the smallest of venues in other parts of the world, maybe you need to start considering flying out (or driving, depending on where you’re from) to play festivals. The music festival world is expanding rapidly, every year more and more events pop up, and the competition between them is fierce.

It might sound ridiculous, but one of the biggest problems facing that world is there are only so many artists and bands, and repeating lineups is becoming something of an issue.

While everybody always looks at the top of the bill, many festivals book dozens of names to play, and if you work with the right people, you could wind up being one of those. Sure, you won’t get one of the highly-coveted, perfectly-timed slots, but playing at all is better than nothing.

In fact, it’s more than likely if those helping you book international gigs will only be able to fit you in early in the day when the crowds haven’t really shown up, or that the festival that hires you will be a smaller, less highly-attended one than the headline-grabbing events, but as somebody who has probably never played a certain market, you sort of have to take what you can get.

You might not be thrilled about the pay or the small group of listeners standing in front of your stage when you go on, but there can be other upsides to traveling for festivals. Many writers and Bloggers go to festivals all year round; they are a wonderful way to see many different acts in just a day or two, as opposed to heading out to individual shows.

If you find out you are playing at a festival somewhere else in the world, make a big push in terms of reaching out the media and promoting your future appearance on social media. This may be your only stop in this city or country for years to come, so make the most of it!

This is perhaps one of the more expensive options on this list, but it can also be effective if it works. You may already have a PR team where you’re based, but if you want to become well-known (even relatively) in a specific place, you might have to hire another agency to do the same kind of work. Some Publicists are the best at what they do in certain regions, as they know every blog, magazine, and every writer in one city.

Feel free to reach out to artists, labels and writers in whatever foreign land you want to push your music in and ask them what Publicists they feel would be good to work with. Suggestions are often the best ways to find good PR, and once you have a handful of names (or perhaps just one or two), reach out and begin the conversation concerning what they can do for you and what it might cost.

You might want to save this effort for when you have something to promote. Maybe you have booked a run of shows in France, or your record label is launching your single with a special push in Canada. If that’s the case, you might want to capitalize on the potential momentum by spending some extra cash to go the extra mile and see the media, and their readers, learn who you are before you make a splash in this market.