Famous Record Labels: A Guide to the Major Labels 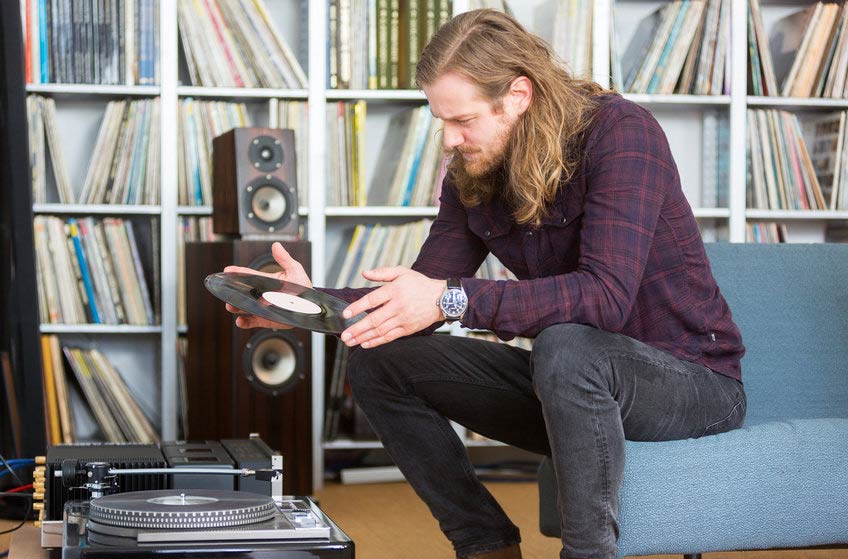 It’s common knowledge: the music industry isn’t what she used to be.

Gone are the days of high-rollin’ record execs, giant advances for up-and-coming artists, and all powerful major labels. There’s still a lot to be said for the majors, though, in terms of the influence they exert, the resources they can provide for their signees, their name recognition, and — due to their sheer size and diverse holdings — the employment opportunities they offer for workers at any level in their career.

Whether you want to work at a major or you’re proudly DIY till you die, when you’re trying to build a career in the music business, it’s a good idea to be thoroughly educated on the ins and outs of the industry. That’s why we’re sharing this primer on the “Big Three” major record labels. It’s info you should know, whether you’re an artist or an aspiring A&R/Concert Promoter/Music Journalist/what-have-you, especially since the major labels count for around 80% of record sales.

From Interns to Campus Rep jobs, thousands of people in all areas of the business have learned the ropes of the record biz thanks to work experience programs hosted by the majors. You might even be surprised by the diverse range of sublabels that fall under the umbrella of the majors. (Hint: many of your favorite indies get a little help from the big guys.)

What do we mean when we refer to a “major label”? To start with, a major is owned by a big international media group — in some cases, this media group is dedicated exclusively to entertainment offerings, in others, it could include entertainment companies alongside tech or energy companies. Although today we have the Big Three — Universal, Sony, and Warner — as the music industry has changed, these labels have acquired a few record companies previously referred to as majors that are basically now subsidiaries of the parent companies.

From the late ‘80s to the late ‘90s, prior to the revolutions caused by pirating and then streaming, the industry was dominated by the Big Six: Warner Music, Sony Music, EMI, BMG, Universal Music, and Polygram. In 1998, Polygram was sold to Universal, leaving us with the Big Five. Then, in 2004, BMG formed a joint venture with Sony, narrowing the playing field down even further, with the majors being Warner Music Group, EMI, Sony BMG, and Universal Music Group. Eventually, BMG was wholly subsumed by the Sony.

In 2012, EMI went up for sale and the remaining Big Three companies all got into the action; UMG absorbed most of EMI’s recorded music offerings, Sony took on EMI Music Publishing, and WMG snapped up former EMI subsidiaries Parlophone and EMI/Virgin Classics. Let’s take a look at today’s major players and what they’ve got going on.

The largest of the Big Three record companies, UMG traces its roots back to 1934, when the American branch of Decca Records was founded. The name Universal derives from the label’s early attachment to Universal Pictures. In 2004, the movie studio was acquired by General Electric and by 2006, the record label had been fully acquired by French corporation Vivendi.

Universal’s current Chairman and CEO is Lucian Grainge, an industry rock star who has held the number one position on Billboard’s Power 100 list as the most powerful person in the music business for the years 2013, 2015, and 2016.

Under each of these bigger labels are dozens of smaller labels, including (but definitely not limited to) Aftermath Entertainment, Blue Note Records, Motown Records, ANTI-, Decca Records, and Deutsche Grammophon. Of course, under the umbrella of the Universal name fall Universal Music France, Japan, Sweden, Australia, and many others.

Several labels owned by Universal are headquartered in New York City, as are much of the label’s marketing, finance, and IT departments. London, Berlin, Warsaw, Philadelphia, and Nashville also are home to major offices. Universal Music Group hasn’t recently released hard numbers on how many people are employed, but on LinkedIn they state the number ranges from 5,001-10,000. Job openings can be perused here.

Universal does not submit unsolicited demos, but they do have some decent and succinct advice on how to get your music into the hands of professionals who may have an in with UMG’s various labels on their Contact FAQ. This is a good place to find info on Spinnup, a UMG-owned site that offers digital distribution and has a network of A&R scouts affiliated with UMG labels.

The company that would become Sony was founded in 1929 as the American Record Corporation, renamed Columbia Recording Corporation in 1938, CBS Records in 1966, and Sony Music Entertainment in 1991 after its 1987 acquisition by the Sony Corporation.

In 2004, Sony and German multinational corporation Bertelsmann joined forces to establish a 50-50 joint venture called Sony BMG Music Entertainment; although the group’s name later reverted to Sony Music Entertainment, the merger brought Arista, BMG, Ariola, and RCA Records into the fold. Sony is the second-largest member of the Big Three.

The label’s CEO is British-born Rob Stringer, who assumed the position this year after serving as Chairman and CEO of the Columbia label, a Sony subsidiary.

In addition to those previously mentioned, other labels that fall under the larger Sony umbrella include Epic, Provident Label Group, RED Distribution, Odd Future Records, and the Independent Online Distribution Alliance/The Orchard, which covers labels such as Relapse, Metal Blade, and Glassnote.

Sony HQ is located on Madison Avenue in New York City. The company has offices and label branches in over forty countries, including Korea, the UK, Japan, Australia, Canada, Germany, France, and Taiwan. In the US, Sony Music Latin is based in Miami; Sony, Columbia, Arista, and RCA all have distinct country labels headquartered in Nashville; and Epic Records recently announced a move to the Los Angeles area, where they’re now located on the Sony Pictures Entertainment studio lot in Culver City.

Sony does not accept unsolicited demos. (Noticing a pattern yet?) Like Universal, they recommend going through an established Music Attorney, Personal Manager, Record Producer, Music or Program Director, Agent, a label artist, or a tastemaker such as Music Blogger or Journalist.

The third largest company in the global music industry, Warner Music Group traces its roots back to 1929, when Warner Bros. Pictures president Jack Warner founded Music Publishers Holding Company to get the right price on music for his films. In 1958, Warner Bros. Records was founded to release film soundtracks and music by actors in the studio’s films.

Warner/Chappell Music, a branch of WMG, is one of the largest music publishing companies in the world, representing artists such as Tove Lo, Jay-Z, Led Zeppelin, Rihanna, Beyonce, and Green Day.

WMG’s current CEO Stephen Cooper who, unlikes his peers at UMG and Sony, comes from a background in finance instead of entertainment. He assumed this position in 2011.

You guessed it: Warner also will not accept your unsolicited demos! They recommend finding an industry professional to give the label a nod regarding your tunes.

Ready to submit your music to a label? Find out how to get noticed by labels and learn how to tell which labels are accepting demos. And don’t forget to check out main mistakes when contacting record labels.

Or, if you’re looking for a label internship, check out this blog.

Best Free Synth VSTs for Your Home Studio in 2022